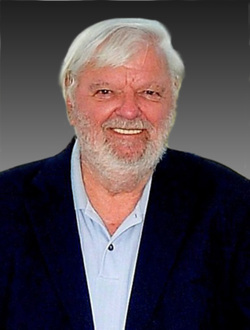 For the past eight years I've helped couples realize their dreams of getting married after finding that special someone.  I can help make that day memorable for just a bride and groom or for a wedding party of 300.

I offer wedding advice and guidance on beach weddings and help design a ceremony after working with the couple to see exactly what they want on their special day.   The goal is to make the day memorable for the rest of their lives. I also take care of seeing that the license is properly completed and registered with the Clerk of Court.  I also offer advice and recommendation regarding  photographers, florists, catering and other wedding related needs.


There's an old saying of 'no job too big and no job too small.' Most weddings at the beach are small and intimate and I'm very experienced.

Costs for performing weddings vary depending on the services provided. I have no fixed cost for my service. I started a charitable fund to help with local needs and you're invited to make a voluntary donation to the fund.   For your planning, the usual fee for services similar to mine is between $150 and $200.

TESTIMONIALS
"We cannot thank you enough for EVERYTHING you did for us, prior to; during; and after our wedding.  You helped make everything absolutely PERFECT. We were truly blessed that god sent you our way.  You went way beyond the 'extra mile' and made everything extra special.."  Lance and Jennifer

Jack made a wonderful day even more memorable.  He offered suggestions for our ceremony that we had never considered, and was very attentive to all details.  He was great!!  Sandra and Eddie


"Thank you so much for your time in performing our wedding ceremony.  It was beautiful and we could not have asked for anything  more.  We had the beautiful background of the beach and sand on our bare feet.  We appreciate you service and would recommend you to others anytime."   Elaine and Michael

We were very happy with our wedding. It was just what we wanted, something small and intimate for our family- Jason and Rosanne

Jack was so attentive during our planning. He maintained close contact sending me forms and an outline of the ceremony. He even met with us a day before the wedding to do a quick rehearsal. He's such a nice guy.
Jessie & Marty (www.weddingmapper.com)

I wanted to thank you for conducting such a wonderful wedding ceremony for Shelley and me. Your help and participation made the day even better than we could have hoped for. Everyone present commented on how touching they found the ceremony. Thank you so much for taking the time to work with me to decide on the tone and wording of the ceremony, as well as your input on the location.
Mike and Sabrina, Alabama

Thank you for officiating our wedding. You were so easy to work with. Please have anyone seeking references for you, as an officiant, contact us. We'll be happy to provide excellent reviews.
Kelsey and Brian, Columbia, Mo.​
​
Our next thank-you goes out to Jack Mullen. Jack was our wedding officiant.
He was accommodating including some extra ceremony details at our request.
Jack performed a sand ceremony in lieu of a unity candle ceremony. At our
request, he performed a blessing stone ceremony which inlcludes the bride,
groom, wedding party and guests. he also worked wit us in presenting flowers to
our mothers and Jason's grandmother, as it was Mother's Day weekend.
Jack, thank you for working with us to personalize our Mother's Day weekend.
Rebecca,   Georgia   ST JOE STAR.

ST JOE 'STAR',  (April 14, 2016)
HE NOW PRONOUNCES THEM HUSBAND, WIFE
h.
​     When Jack Mullen became a notary public several years ago, he figured he'd be signing and stamping documents for his friends in the community, not marrying couples on the beach
Several years and several hundred ceremonies later, Mullen is in high demand.
After learning Florida was one of the several states where notary publics could also perform legal marriage ceremonies, it didn't take long for Mullen's calendar to start booking up.
Now the 15-year local resident is recommended as an officiant by the Community Development Council, area hotels, restaurants and locals.
"It's a lot of fun," Mullen said.  "You get to meet people at a very great part of their lives.  Families are there, friends are there and they're all happy.  It's a joyful time."
Mullen said it's rare he marries anyone who actually lives in Mexico Beach, with most of his clientele making the trek down to the Gulf from Northern Georgia or Alabama.
Now performing anywhere from 20-25 ceremonies per year, Mullen said he's best know for his 'sand ceremonies," in which couples receive an urn full of sand from the beach.
"It's symbolic," Mullen said.  "The couple takes back a little bottle of sand from the beach where they stood.  They'll take it home, put it on their mantle and they'll look at it more than they look at their wedding rings."
Because every marriage is different, Mullen said he works with the bride or groom to come up with a reading and vow exchange that fits their own personal style.
"In many cases, I end up playing the role of wedding planner, too., Mullen said "I just try to help and give them suggestions and offer help when it comes to things like flowers or catering."
While Mullen said beach weddings are rather low key, the surroundings often surprise him with passersby or tenants of the El Governor Motel stopping to watch the ceremonies, and as the couples seal the deal with a kiss, lots of clapping can be heard from the hotel balconies.
As he got more interested in the act of marriage, Mullen began  investigating the traditions behind the ceremony, finding them fascinating.
Mullen was quick to point out the reason a bride and groom kiss at the end of the ceremony goes back to a Roman custom where, due to a lack of public paperwork, kissing in front of witnesses "sealed the deal" and made the union official.
Additionally, Mullen said in China women get married in red dresses and the U.S. tradition of a white dress comes from the 1840 marriage of Queen Victoria.  The royal wore a white dress for the ceremony and once the queen's choice was known,  many brides opted to follow the Queen's choice.
Jack said the knowledge he's gained and the couples he's met had made the process both fun and interesting.  He charges a modest fee for the service, but doesn't keep a cent, donating the money to various charities and causes around Mexico Beach.  Whether it's cutting a check to help the annual July Fourth fireworks show or a waitress at a local restaurant who has fallen on hard times, Mullen said he never intended to make a living from it.
"That's a great part of small town life,' Mullen said "I don't do it for the money, I do it for the enjoyment."
Mullen said he was surprised by the interest in last year's vow renewal ceremony, scheduled for 4pm Saturday, April 16 on the beach near Sunset Park; and hopes to have triple the attendance in 2017."